What are emissions trading schemes?

Emissions trading schemes, also known as emissions allowances, are regulated markets where businesses transact certificates that allow the owner of that certificate to pollute (an externality of their business activity).

The EU Emissions Trading Scheme (ETS) is the most advanced in the world. The EU sets a limited (and annually decreasing) number of "pollution allowances" to be issued to businesses (some of which are given for free, whilst others are sold), which effectively limits (and gradually enforces a decrease in) the total emissions within the European block. 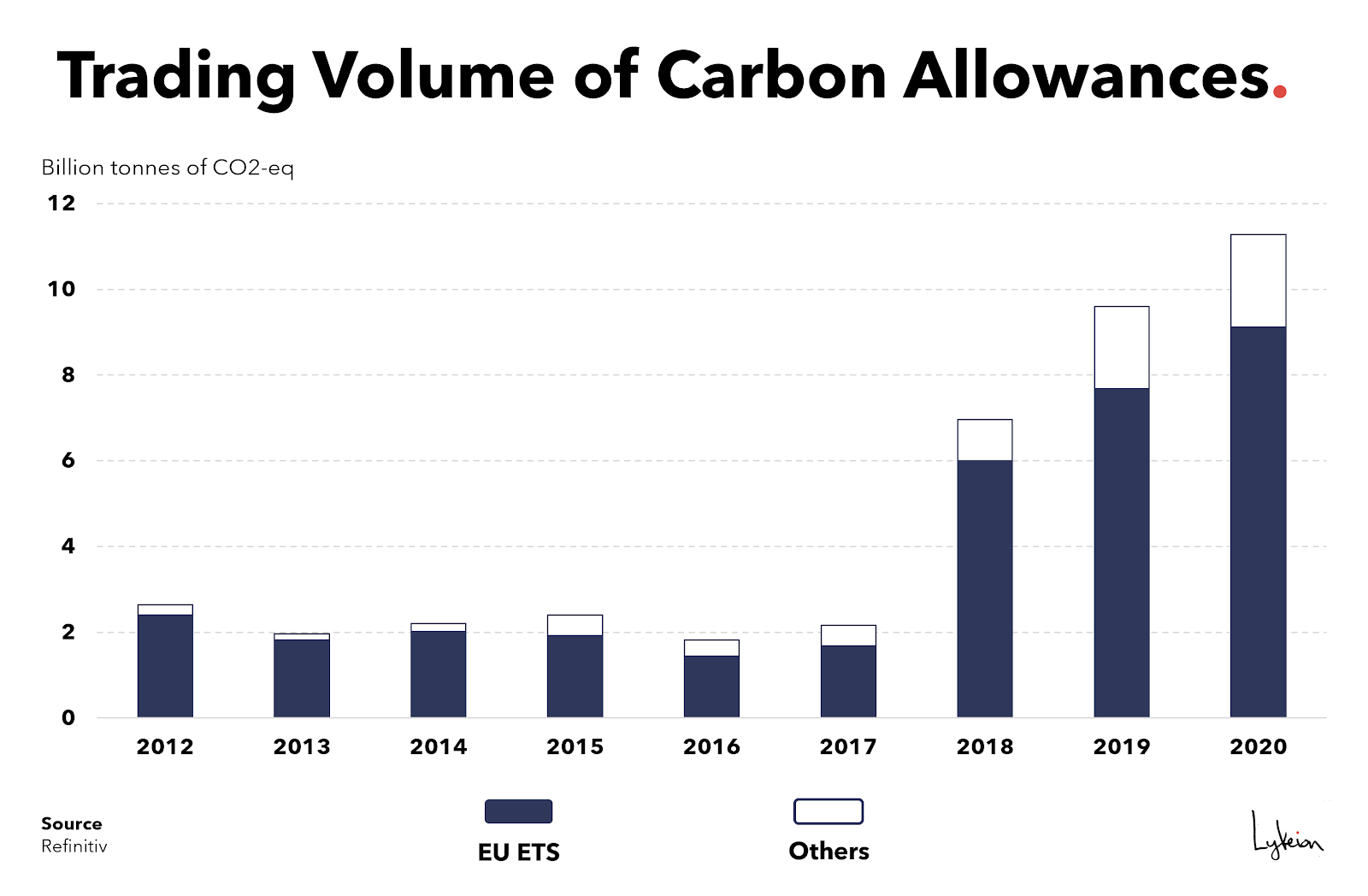 In 2021, China launched its country-wide emissions cap-and-trade system, after being postponed since 2015, and it quickly became the world’s largest. That said, it's still quite nascent, especially when it comes to its secondary trading. California runs a similar cap-and-trade system and it's one of the most developed schemes alongside Europe’s.